ST. GEORGE – A California man was arrested at a traffic stop on Interstate 15 in Washington County on charges of gun possession. This is another case amid a long history of crimes for which the suspect spent decades in federal prison.

Oakland, Calif., 59-year-old Anthony Ray Ford has been charged in federal court with a felon in possession of a firearm, according to the lawsuit filed in U.S. District Court this week.

The charges were brought after a traffic stop on May 30 when a Washington County sheriff’s assistant spotted an orange passenger car weaving between the lanes as it headed north on Interstate 15.

The deputy stopped the car at mile marker 24, south of Toquerville, and saw two occupants as he approached the vehicle. While speaking with the driver, who was later identified as Ford by his California driver’s license, the officer noticed he smelled the smell of marijuana coming from the car.

A K-9 representative arrived and both the driver and passenger were asked to get out of the car so that a search could be conducted.

In a compartment on the driver’s door, officers found a vape pen with suspected marijuana and in the center console the officer found a pill bottle labeled “Super Lactose,” but when he opened it, the report said he found a white ball Powder packed in a plastic bag. He also found two straws with a white powdery residue on them.

The report also said that during a search of the trunk, MPs found a 380mm Bersa handgun with live ammunition in the magazine.

Ford told police that everything in the vehicle was his, including the firearm, but when asked about the pill bottle, the suspect claimed to own the container but said it was not cocaine, the MP noted in the report.

A field test of the substance later revealed that it was suspected to be positive for cocaine.

During a file review, officers learned that Ford was a convicted felon, which prohibited him from possessing a handgun. When MPs arrested the suspect, Ford said “he would go away for a long time,” the MP noted. 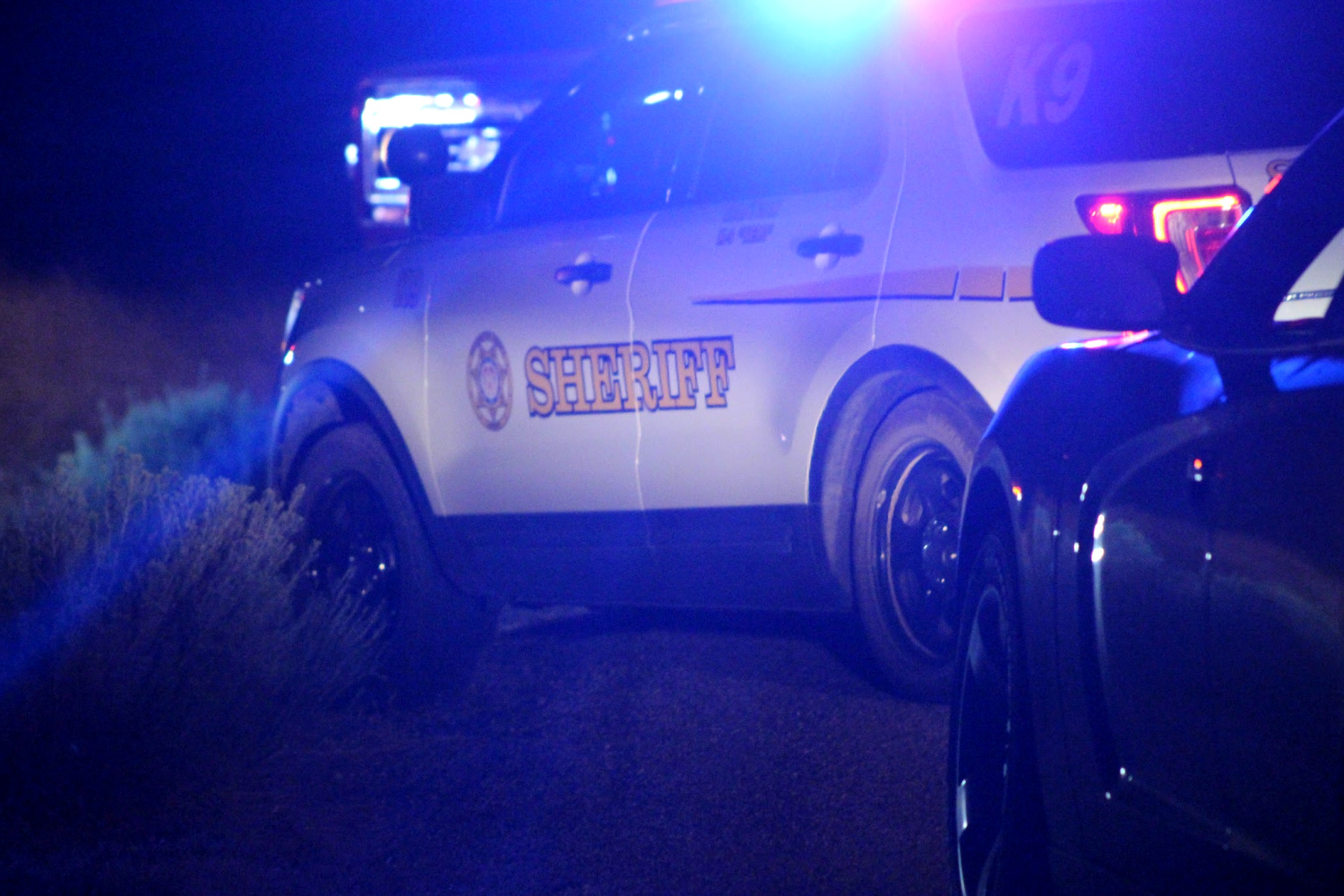 The suspect further told the authorities, “If I am ever released, I will get a gun and kill someone,” the officer said in the report.

In prison, the suspect continued to make similar statements, saying he had access to “many weapons” and would “commit a massacre if released,” the officer added.

With the filing of federal trial, the charges filed with the 5th District Court are likely to be dropped.

The suspect was flagged as a felon on file review because he had multiple criminal offenses – including several federal cases – including four bank robberies at the time of the stop.

One such case was brought before federal court in California in 2009 when Ford was charged and convicted of three bank robbery charges.

In this case, the suspect admitted to robbing three banks in Northern California between December 2008 and January 2009. Details of only two of the bank robberies could be found by reviewing the court files.

The first was reported on the afternoon of December 26, 2008 when Ford walked into a Citibank branch in Walnut Creek, California, where he turned to the cashier and asked for all of the money. He said he had a gun and threatened to shoot the employee if he didn’t meet.

The cashier handed over the cash drawer and fled the bank on foot with more than $ 9,300.

On January 17, 2009, shortly before noon, the suspect walked into a Bank of America branch in San Leandro, California, made the same demands to the bank clerk and said, “I’ll shoot you in the face” if he doesn’t held.

The suspect was given all of the cash from the cash drawer, which he stuffed into the pocket of his sweatshirt and escaped from the bank on foot at nearly $ 11,200.

Five days later, detectives working on the San Leandro case found a photo of Ford during a review of inmates recently released from federal prison – a photo strikingly similar to the suspect in the surveillance footage during the Citibank heist.

He then contacted a federal investigator to discuss the case and said the photo also corresponds to the suspect in the Walnut Creek heist. Later, both cashiers positively identified Ford as the suspect responsible after locating him in a series of photos.

US prison in Lompoc, California, where Anthony Ford was imprisoned for several years for bank robbery | Photo courtesy of the Bureau of Prisons, St. George News

The inmate photo was taken while Ford was serving a 15-year sentence in federal prison in a 1992 case in which Ford was charged and convicted of bank robbery. He was sentenced to 210 months in prison and placed under five years’ custody.

He was released in 2007 and ordered to surrender to the US Marshalls through February 9, 2009 after a series of parole violations, but has since been wanted by the FBI for the three recent bank robberies, according to court records.

The defendant pleaded guilty to the charges and was sentenced to 84 months in federal prison in each case in March 2009 and sentenced to three years post-prison surveillance upon release.

During his prison sentence, he was charged with fleeing federal custody in December 2015, for which he was sentenced to an additional twelve months. Ford was released in early 2017 and then remained under custody until March last year, amid the additional escape case and several subsequent federal warrants and arrests.

At a federal court custody hearing on Tuesday, the suspect appeared before magistrate Paul Kohler, who ordered that Ford remain in custody. Kohler also ordered that all future detention hearings Ford was involved in should take place in his courtroom.

This report is based on statements from court records, the police or other respondents and may not contain the full scope of results. Arrested or accused persons are considered innocent until they are found guilty by a court or otherwise decided by a Trier-of-fact.

Cody Blowers grew up in South San Francisco, California. A 2013 graduate of Colorado Technical University, Cody earned her bachelor’s degree in criminal justice with a minor in paralegal studies. In the course of her studies, she discovered that writing is her real passion and is committed to credible, integrated reporting. Cody joined St. George News in 2015, and when she’s not busy chasing the news, she can usually be chased after her young granddaughter, Kali.